Bald Eagles: will they, won’t they? 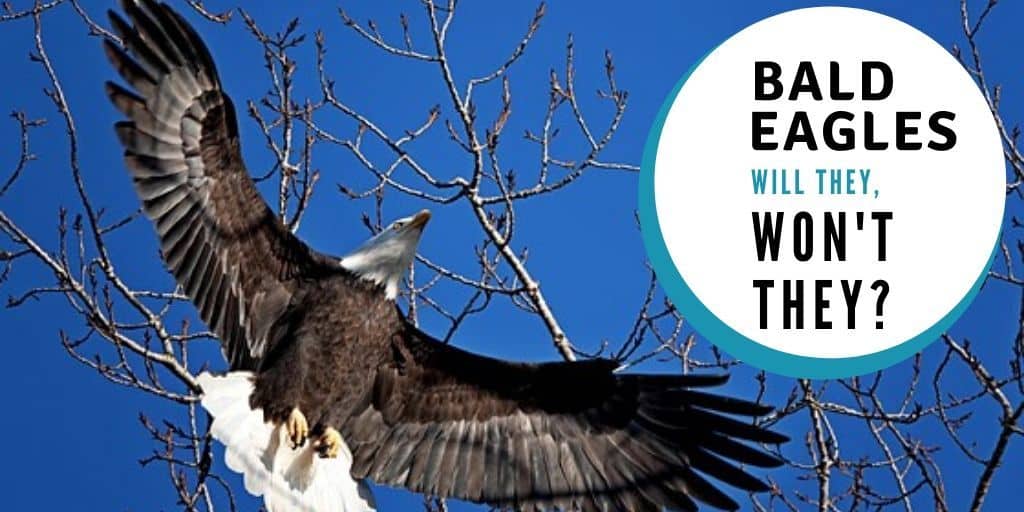 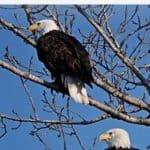 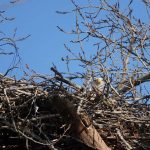 Bald Eagles: will they, won’t they?

For two Bald Eagle breeding seasons now we have been hugely disappointed. After having a pair breed next to the dyke close to our house for many years, all of a sudden for the past two years…. nothing!

But then: some positive signs. Late in November my husband posted and shared some images of the pair hanging out by the nest and even doing some renovations. But because we have been so badly disappointed recently, he tried to avoid getting excited or hopeful, and that is still his state of mind.

But mid-February was another hopeful sign: when he went for a walk in a brief sunny period, he found one of the pair in the nest and the other one sitting next to the nest. After a while, they both flew off and settled in a tree about 200m away. So: fingers FIRMLY crossed and wishing hard but not allowing our optimism to get the better of us!

As he worked through the photographs, it occurred to him that it had the makings of a romantic drama, so he decided to treat this in a lighter vein (to push down his optimism!)

So I present to you with his story:

The lady was trapped in the wooden fortress by her cruel captor. “Help!” she cried, “Let me out somebody, please!!!

Bwaahhahaha” he laughed evilly, “You are NEVER getting out of here! You are MINE forever!”

She thought “Well if nobody is going to help me, I will have to escape on my own!”

And off she went. Realizing the mistake he had made, he quickly followed and tried to woo her back. (And now I am going to take some poetic license: I know the female is the larger of the two but that does not fit my storyline!)

“Please, come back! I will treat you like the lady you are!” he pleaded.

“But how can I ever trust you after what you had done?” she replied, looking away in turmoil.

“I need some time to think about our relationship,” she said and leaped off into the blue…er, grey… sky.

While deeply upset, he tried to put a brave face on the situation as she left.

She settled in a quiet place and pondered what had happened, trying to decide what to do. Should she give him another chance? Could she really trust him after all that had happened?

Meanwhile, back at the branch, he was desperately trying to formulate a plan to win her back.

He knew he had to demonstrate to her how deeply he cared and decided to fly off after her to plead his enduring love and beg her forgiveness.

END OF EPISODE 1 of Bald Eagles: will they, won’t they?

TO BE CONTINUED …hopefully… all depending on if they will?

And if you are concerned about my husband’s mental well-being: I deeply appreciate it, but I can assure you that he’s OK. No really, he is quite OK…

PS:  All pictures used, taken by my husband while out on his walks and with his permission.