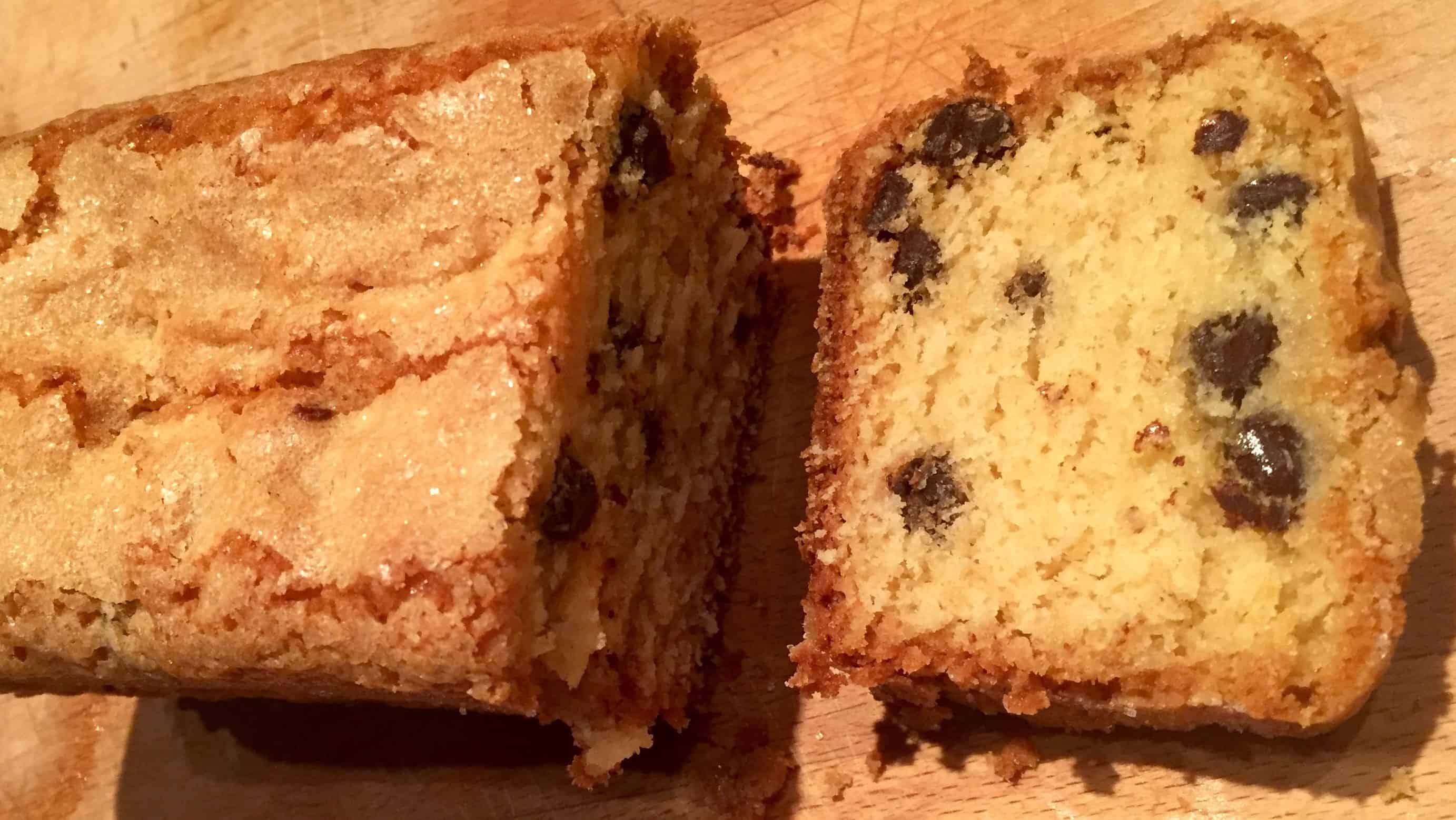 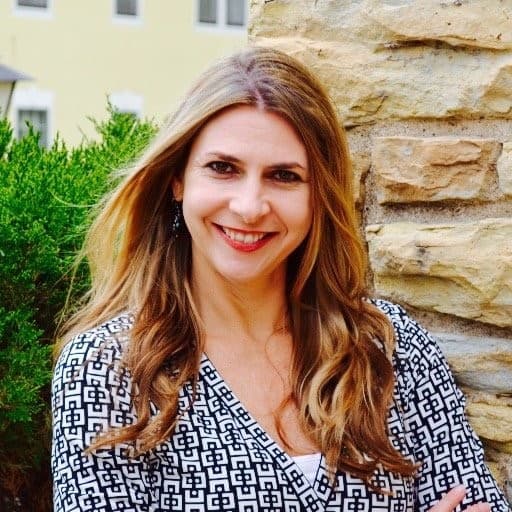 “This post originally appeared on the You are Awesome blog in April, 2017.”
My mother-in-law, Karry, makes a bread that tastes like the intersection of pound cake, cinnamon sugar donuts, and the best thing I’ve ever eaten in my life. It’s so good, my son wanted me to save some so he could invite his friends over for a slice, and my husband and I had an uncomfortable stand-off over who should eat the last piece. (He won—but only because I didn’t tell him I wanted it. I just stared at him while he popped the crumbly, chocolate chip-studded morsel into his mouth.)

This evanescent bread, a variant of Amish Friendship Bread, has a mission beyond being delicious. 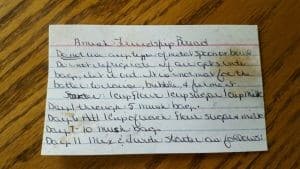 Surprising no one, I hungered (pun intended) for more.
What’s Done is Done?
After quizzing Karry and searching the internet, I learned the friendship element of the bread comes from the tradition of sharing not only loaves of the finished product, but a bit of the starter as well. This sharing business–of first spending ten days tending the starter, reserving some of it to use for next time, then giving some away–caught my attention. Some of the articles I read compared the practice to a chain letter, but I disagree. Instead, I see it as a metaphor for life.
The recipe for starter begins with combining at least three basic ingredients: flour, sugar, and milk. (You can also use baker’s yeast.) Then you knead and feed the mixture for the allotted time until it’s ready to take part in the magical process of bread making. In baking, you typically make something. But not starter. You don’t make a starter, you nurture it.
We call many things done when they reach a final, stable state. I’m done with the dishes, for instance, when I’ve either broken them all, or they’re clean. A starter is done, however, when it’s ready to be shared or transformed into something else.
Different from gifts of money, acts of charity, how-to books, or volunteering in the traditional sense, creating and offering starter to others assumes a collaboration between what is, and what could be. It starts with one creative person and passes forward, morphing and developing in new and wondrous ways. I’ve been lucky enough to come across several examples of this kind of starter recently.
Or, perhaps because I was looking for them, they found me.
Creative Collaboration
Traci Cavanaugh York posted an offer on her blog this week: Send her a favorite quote and she’ll pair it with one of the photographs in her collection. (Read her post here.) She wants to do more with her photos–she wants us to do more with them. 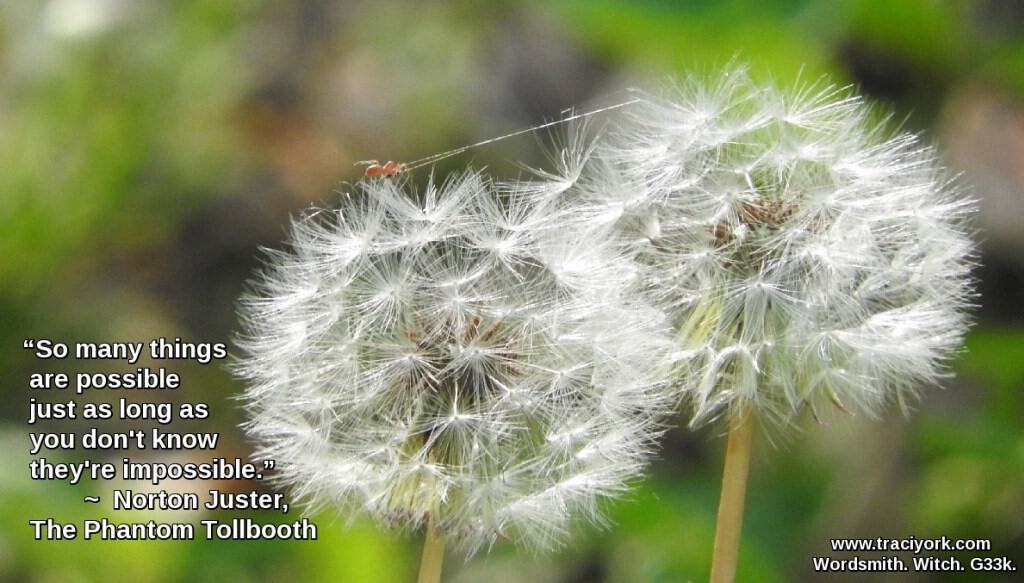 Bakers already know this, but the magic of starter dough (when you’re not using baker’s yeast) comes from the natural, albeit invisible, bacteria in the air. Create an enticing environment for these bacteria and chemical hocus pocus occurs.  Traci’s invitation attracts others she can’t necessarily see–like me–to contribute to her creations. She wants collaboration, and wants the result of the collaboration to be more than it could have been had either of us acted on our own.
A Willing Recipient
I call this next example my Twitter angel story. A fellow writer and I shared a few tweets back and forth some months ago. She’d told me at some point that she’d attended a writer’s conference or two. The week before I planned to attend my first conference I asked her for some pointers. Not only did she offer advice and moral support, she gave me so much more.
Selling a novel to literary agents requires a particular skill I’ve yet to master. In the course of our conversation, she politely asked if I’d like her help with my marketing materials. Past midnight on a Friday, she edited, suggested, critiqued, and cajoled my words–transforming them from a passable product into an intriguing invitation.
I call her my Twitter angel because without her I couldn’t see where I’d gone wrong. This expert friend used the raw ingredients of what I had, and helped me make it better. She worked hard, and expected I would do the same. In fact, she asked for my buy-in up front before she edited a word. This step can mean the difference between a successful, joyful collaboration, and a mess of pointless goo.
The articles on Friendship Bread extol its virtues but warn a gift of starter should be carefully considered. “Everyone will eat the bread, but not everyone wants a bag or a jar of this stuff,” Karry explained with a smile. The bubbling, needy mix can confer an unwanted or unintended obligation. Some gifts, like advice and starter, are best offered when the receiver is willing and able to act on it.
Offered with Love, Not Judgment
No one learned this lesson more powerfully than a queer, muslim woman in Bahrain named Esra’a. Fearing violence in a culture where the law won’t protect her, she doesn’t appear in public in her activist persona. She took to the internet instead, founding a website, Majal.org. People can ask questions, and share their feelings–sometimes raw and painful–to get honest answers without judgment. Aiming to open minds through dialogue, she offers first-hand knowledge in a loving and simple way, believing the act of collaboration and shared experiences will bring change.
So, as I look at this gift, this bread, and what it represents, I see more than just delicious snack food. The combination of ingredients–those found in our kitchens or those we find in ourselves–nurtured over time and then shared with others creates amazing, often delightful, results. A starter is the beginning of something, each of us decides what we do next.
Bio: Angela Noel lives and writes in Minneapolis. In between fiction projects, she posts inspiring stories about interesting ideas and compelling people on the You are Awesome blog. She enjoys yoga and loves books, humans, wine, and chocolate (but not necessarily in that order).  Connect with her on Twitter at @angiewrite or Facebook.