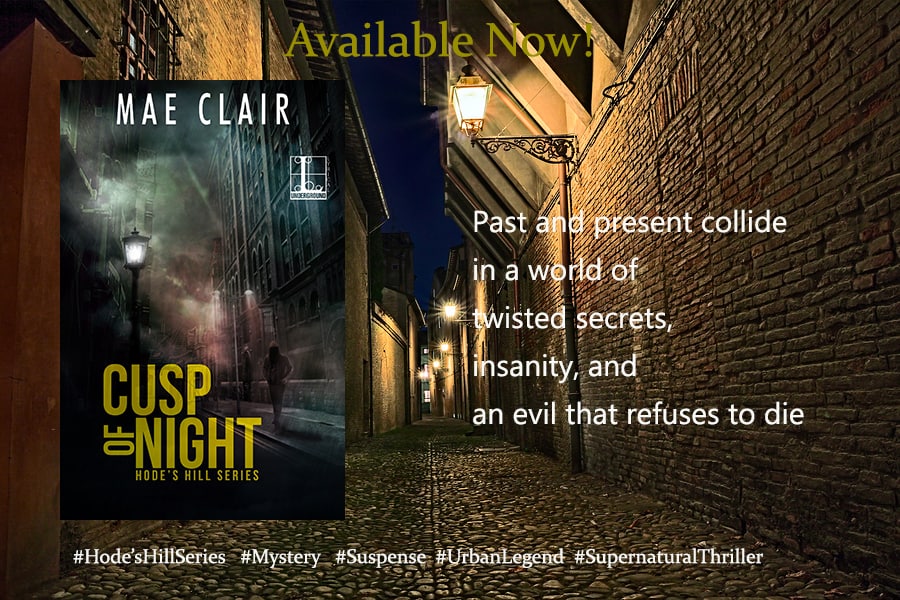 I have the honor to introduce you to Mae Clair – From the Pen of Mae Clair and in her own words.  I’m an author who writes mysteries and suspense with a smidgen of romance and elements of urban legend or myth.

Many thanks to Esme for inviting me to share my newest release, Cusp of Night. Since this is a cooking blog, I’d also like to share a recipe. I should probably preface that by saying it’s taken me years to become a halfway decent cook. I’m never going to win awards, but after numerous failures, I’ve learned my way around the kitchen.

I grew up in a family where the Italian tradition of gathering around the dinner table – whether for an evening meal, holidays, or impromptu gatherings – was honored. My grandfather owned a bakery, then later a restaurant/bar. With that heritage, you’d think cooking would be in my blood. No so.

I offer one of my earliest recipes as proof:

Now that we have that unpleasantness out of the way, 😊, I hope to whet your reading appetite with Cusp of Night. A recipe of mystery and suspense seasoned with elements of the supernatural and urban legend, Cusp of Night is the first novel in my new Hode’s Hill series. It can also be read as a standalone with a definitive ending.

Take a look at how the ingredients blend together: 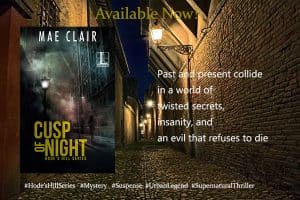 BLURBRecently settled in Hode’s Hill, Pennsylvania, Maya Sinclair is enthralled by the town’s folklore, especially the legend about a centuries-old monster. A devil-like creature with uncanny abilities responsible for several horrific murders, the Fiend has evolved into the stuff of urban myth. But the past lives again when Maya witnesses an assault during the annual “Fiend Fest.” The victim is developer Leland Hode, patriarch of the town’s most powerful family, and he was attacked by someone dressed like the Fiend.

Compelled to discover who is behind the attack and why, Maya uncovers a shortlist of enemies of the Hode clan. The mystery deepens when she finds the journal of a late nineteenth-century spiritualist who once lived in Maya’s house–a woman whose ghost may still linger.

Known as the Blue Lady of Hode’s Hill due to a genetic condition, Lucinda Glass vanished without a trace and was believed to be one of the Fiend’s tragic victims. The disappearance of a young couple, combined with more sightings of the monster, trigger Maya to join forces with Leland’s son Collin. But the closer she gets to unearthing the truth, the closer she comes to a hidden world of twisted secrets, insanity, and evil that refuses to die . . .

You can find Mae Clair at the following haunts:

Thanks again to Esme for being such a wonderful host. Cooking or Cusp, I’d love to hear your thoughts in the comments!