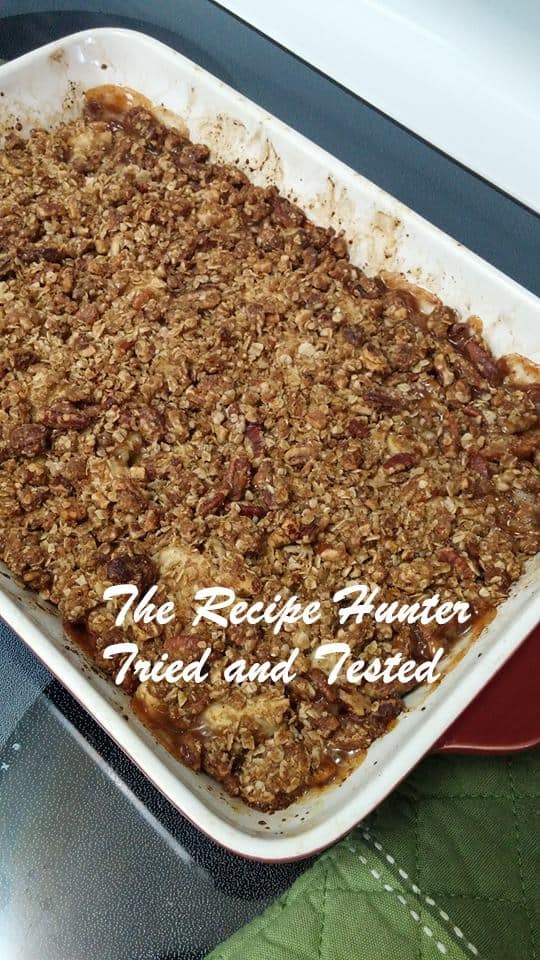 This one is now tried & tested and definitely APPROVED!
See Corlea Smit‎’s adjustments below the original recipe:

Instructions
1. Preheat oven to 375 degrees and lightly grease a 13×9 baking dish.
2. Add apples and pears to a large bowl and sprinkle with lemon juice. Toss to coat with turbinado sugar, cornstarch, cinnamon, and salt.
Add lemon juice while preparing the fruit to prevent browning
Stir and coat the fruit
3. Transfer to baking dish and set aside.
The base of the crisp is ready
4. In a clean bowl, add vegan sugar, molasses, flour, pecans, oats, and cinnamon and stir. Add melted butter and mix until it resembles wet sand.
Add the melted vegan butter/margarine
Ready to bake!
5. Sprinkle topping over the fruit and bake until apples and pears are soft and topping is golden brown (between 45 minutes to 1 hour).
6. Let rest 10-15 minutes before serving.

Used normal flour since none of us are gluten-free, and white sugar for the filling, regular brown sugar for the topping. I used plain vegetable shortening for the topping, which worked wonderfully.
But my best suggestion is to leave the pecans in pieces, not ground up.
I used almost a full cup, and it really made the topping special.
Oh, and don’t skip the molasses in the topping either – it’s worth it to get that extra depth of flavor.

This one is now tried & tested and definitely APPROVED!

This dish will soon be a “do-over” favourite!

Directions
Heat a large pot over medium heat. Saute garlic, onion, ginger, jalapeno, red pepper, curry paste and salt in coconut oil until onions are soft. Add lentils, sweet potatoes, tomatoes, garbanzo beans and coconut milk. Cover and simmer over medium heat 20 to 30 minutes or until potatoes and lentils are soft. Remove from heat and add lime juice and cilantro. You could garnish this dish with extra cilantro and vegan sour cream. 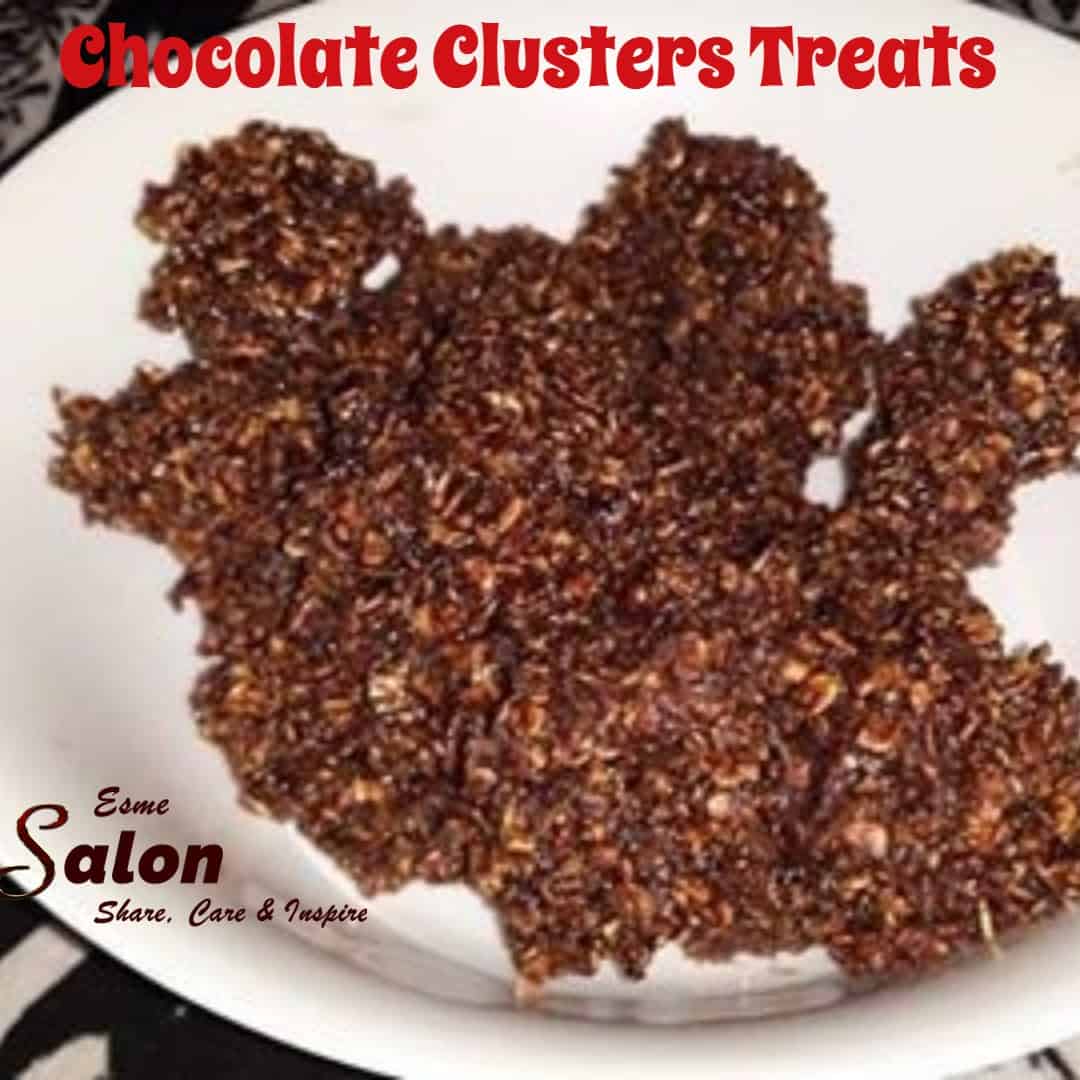 A delightful, fully Vegan Veggie Chickpea Salad for the entire family to enjoy. Carnivores will also love it!