The Culinary Alphabet – 13 Terms or food with the letter T 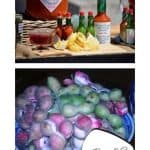 How many times in your life have you been offered tea and toast. Maybe never but it was something which when I was growing up was a telling example of your class and status.

Drinking tea and eating toast revealed more about you than you could ever imagine…For example, the taking of sugar in your tea was seen as a definite habit of the lower classes…even just a tincy winsy tiny bit more than one spoonful and you were definitely in the lower middle class ( at best)…More than two….working class and not only that cemented your status if you added your milk first and stirred noisily…Working-class…

Add toast to the equation and we really came into our own, haha

It must be cool and dry, no soggy toast and it was also a matter of class how you ate that toast. I mean if you slathered it with butter and marmalade and god forbid if it wasn’t Dundee marmalade, and then proceed to take a bite. So vulgar it was the height of bad manners.  The correct way: Take a small piece and add just a smidgen of marmalade before taking a gentile bite. That guys and gals are how Toast and Tea are taken in England, according to your class of course.

Original Red Pepper Sauce is made with three simple ingredients and aged in oak barrels for up to three years on Avery Island, Louisiana, before bottling. The recipe originating from Edmund McIlhenny in 1868 has been used by the McIlhenny family for nearly 150 years, just aged vinegar, salt, and peppers make this versatile hot pepper sauce.

Image by iSAW Company from Pixabay

Are you familiar with the following The Culinary Alphabet T terms?

Traditionally served as part of a Meze in the Arab world it has fast grown in popularity in the Western world.  I do love how increased travel and the internet have broadened our Culinary World. Tabouli salad or Tabbouleh is a simple Mediterranean salad of very finely chopped vegetables, lots of fresh parsley and bulgur wheat, all tossed with lime juice and olive oil.

Tahini is a thick paste-like sauce made from sesame seeds, with a little bit of oil mixed in to make it the right consistency, and usually not much else. Tahini is similar to peanut butter in texture: creamy, oily, and smooth, and like peanut butter is rich in calcium. Tahini is a common ingredient in many vegetarian and vegan recipes (particularly in salad dressings and homemade hummus) and it is often used in Middle Eastern cooking.

How to make your very own Tahini paste/butter, it is so quick and easy and the cost of a packet of sesame seeds is virtually pennies against the cost of a store-bought jar of tahini and no nasties.

How easy is that?

One of my favorite cooking ingredients I love tamarind either just eaten as a fruit or used in cooking. Available everywhere here it is very popular and healthy.  To learn more about the Tamarind tree and some recipes where Tamarind is used.
Click Here

I prefer the lightness of tempura batter and it is used often in Asian recipes.  Specially formulated tempura flour is available in worldwide supermarkets. This is generally light (low-gluten) flour, and occasionally contains leaveners such as baking powder.  Tempura is very prevalent in Japanese cookery today most of the major changes to the tempura were In the early 17th century, around the Tokyo Bay area, tempura ingredients and preparation underwent a remarkable change as the Yatai (food cart) culture gained popularity.

Making the best use of fresh seafood while preserving its delicate taste, tempura used only flour, eggs, and water as ingredients and the batter was not flavored. As the batter was mixed minimally in cold water, it avoided the dough-like stickiness caused by the activation of wheat gluten, resulting in the crispy texture which is now characteristic of tempura. It became customary to dip tempura quickly in a sauce mixed with grated daikon just before eating it.

The name for a dish of pureed or finely chopped olives, capers, and olive oil.it is a lovely dip served with beautiful bread or crackers and of course a lovely glass of wine on a lovely summers evening. Quick and simple to make it can also be used as a stuffing for poultry.

I don’t know if this rings any bells with Esme??? I was taking part in The Recipe Hunters monthly Challenge and this month’s challenge is the letter E and you can choose your option from a list, Me, I chose Espresso as that was easy I already had the recipes. One intrigued me so I went back to the said list and it was Elephants Ears? Somewhere at the back of my mind, it rang a bell” Ding Dong!

Do you remember yet, Esme? Maybe you should repeat that challenge? Just a thought?

So I asked my friend Mr. Google who laughed at me and as soon as he showed me, the penny dropped. We had them in Phuket by the Rai in the field near our house and the river that runs alongside had massive ones some of those leaves reached 3 feet long and 2 feet wide and the plants can grow 8 feet tall.

The elephant ears thirst for water is why they are so prolific in soggy areas and they are also popular here not only for landscaping but also near water features they are quite an impressive plant.

The corms or roots are also to be found on every market stall it’s Taro. Silly me!

Tasso ham is a specialty of south Louisiana cuisine. In this case, “ham” is a misnomer since tasso is not made from the hind leg of a pig, but rather the pig’s shoulder. This cut is typically fatty, and because the muscle is constantly used by the animal, it has a great deal of flavor.

As I make all my own Indian curries and spices I temper spices a lot.  It is also a term used in many custard and soup recipes when you are required to “temper” an egg which means that you need to raise the temperature of an egg gradually, essentially cooking it without scrambling it. A tempered egg will look basically like raw egg, but will be perfectly cooked, and used as a binding agent or thickener.

Something I always leave to hubby as he knows his knots…

I think most of us have heard of Turmeric by now. It is most commonly used in Asian food and comes from the root of the Turmeric plant. Used in curries it has a warm, bitter taste and has many culinary uses apart from just flavoring or coloring curry powders. I use it when I make mustard which is where mustard gets its yellow color from also butter and cheeses. I also use the Turmeric leaf when I make the Indonesian dish of Beef Rendang. The root is widely used around the world to make medicines. 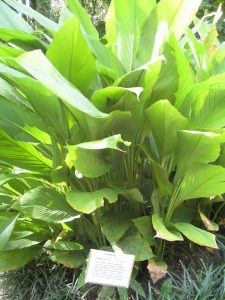 Before we go any further I will tell you that I never have, never will, have no desire to eat tripe. My grandfather and father loved tripe. Tripe is for sale everywhere you look here and eaten and enjoyed by Thais. Tripe is a type of edible lining from the stomachs of various farm animals. Most tripe is from cattle and sheep.  National tripe day (yes) it is true celebrated on 24th October. I may be writing about it, I most certainly will not be eating it.

I eat many things, Ant eggs, chicken feet, frogs and insects, crispy fried, No squidgy ones, Never tripe.  What are your thoughts on tripe, Do you love it? Or are in my camp of never tried it and never will?

That’s all for The Culinary Alphabet T, I hope it has been both enjoyable and informative.  I will be back on November 21st with some interesting thoughts and foods on the letter U. Think Umani. Until then if you have loved this please share and or subscribe to ensure you do not miss any future posts.

Please join us at  The Recipe Hunter (Cook & Enjoy) Facebook group and share your own home-made recipes.

I love shopping at the local markets, finding fresh, natural ingredients, new strange fruits and vegetable ones I have never seen or cooked with. I am generally the only European person and attract much attention. I love to try what I am offered and when I smile and say Aroy or Saab as it is here in the north I am met with much smiling.

Some of my recipes may not be in line with traditional ingredients and methods of cooking but are recipes I know and have become to love and maybe if you dare to try you will too. You will always get more than just a recipe from me as I love to research and find out what other properties the ingredients I use contain to improve our health and wellbeing.

This is also something I am passionate about there are now regular columns on my blog this year. It is important that we are mindful of the world we live in.  These honeybees dining on forget me knots say it all to me.

Exciting for me hence the title of my blog, Retired No One Told Me! I am having a wonderful ride and don’t want to get off, so if you wish to follow me on my adventures, then welcome! I hope you enjoy the ride also and if it encourages you to take a step into the unknown or untried, you know you want to, then, I will be happy!

More and more of my blogging friends have joined me on MeWe. A social media site that is fairly new and which promises much without the restrictions some other social media sites are choosing to impose on many of us.  Join me if you will on MeWe