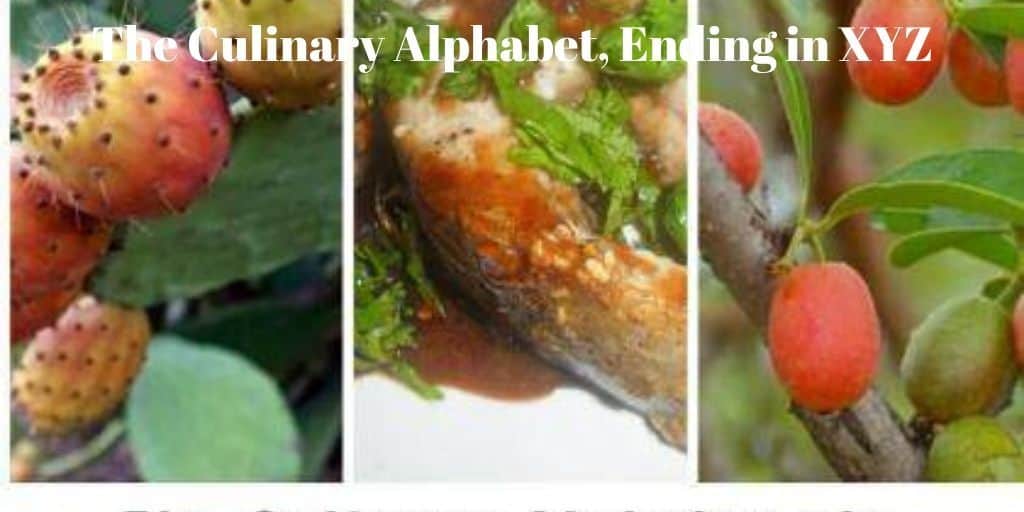 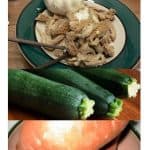 Welcome to my first post of the New Year here and I wish you all a very Happy and Healthy New Year.  It is now time to bow out with the final 3 letters of the alphabet XYZ, and, not a Zebra insight with The Culinary Alphabet, Ending in XYZ

Keep in mind that the types of spices used and their proportions are not cast in stone. There are regional variations dictated by personal taste as well as the availability of certain spices.

The use of the aromatic Xawaash is what gives Somali food its unique character and flavor.

Or cactus fruit a cousin of the prickly pear. The bright red center of the Xoconostle cactus fruit has a few dozen, small edible seeds that have an appearance similar to the seeds of passion fruit. The flavor is described as complex with a sour tang and an acidic finish.

A small fruit, only about 1 1/4 inches (3 cm) long. It will ripen to orange, or red with white spots, or yellow, depending on the diversity. The Ethiopian variety goes yellow. There will be 1 seed in every fruit. The pulp is sour and tart. Birds also love this fruit. Known as a powerful healthy fruit it is packed with Vitamin C as well as Vitamin E, phosphorus, fiber, carbs, starches, magnesium, calcium, and lots of protein too. The stems, bark, and leaves of the tree also contain lots of natural steroids that may be used in the future for treating diseases such as cardiovascular disease and strokes.  New studies are underway.

In traditional medicine, the bark is used to treat oral infections and toothache… It is also commonly known as tallowwood, hog plum, yellow plum, sea lemon, or pi’ut (Chamorro), it is a small sprawling tree native to the tropics, a sour plum found in South-East Africa also a related species grow in the Western United States.

Quite simply are the popular bao buns.is a type of Chinese steamed bun from the Jiangnan region, especially associated with Shanghai and Wuxi. They are made from either leavened or unleaved dough with minced pork or another meat filling.

Are an edible tuber…cultivated in many temperate and tropical regions around the world? They are native to Africa, Asia, and the Americas. The skins vary in color from dark brown to light pink. The majority of the vegetable is composed of a much softer substance known as the “meat”. This “meat” ranges in color from white or yellow to purple or pink in mature yams.

Yams are a relatively low-protein food, yam is not a good source of essential amino acids. Experts emphasize the need to supplement a yam-dominant diet with more protein-rich foods to support healthy growth in children. Although often in the poorer countries this does not happen.

Yam is an important dietary element for Nigerian and West African people. It contributes more than 200 calories per person per day for more than 150 million people in West Africa and is an important source of income. Yam is an attractive crop in poor farms with limited resources. It is rich in starch and can be prepared in many ways. It is available all year round, unlike other, unreliable, seasonal crops. These characteristics make yam a preferred food and a culturally important food security crop in some sub-Saharan African countries. 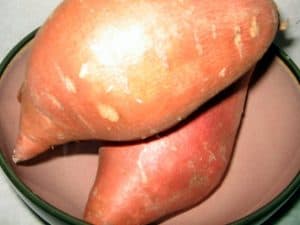 It is a Japanese sweet similar to Turkish Delight, .which is a favorite of mine and generally a treat at Christmas.

The first known yeast was some hundreds of millions of years ago. There are some 1,500 different species that are currently recognized. Most of us know yeast is used in baking, winemaking, and brewing.  Yeast is a single-celled microorganism that is classified, along with moulds and mushrooms, as members of the Kingdom Fungi. It is also the subject of much research.

The Yellow Tail fish or Amber Jack is native to the North East Pacific from Japan to Hawaii. It is also not related to the Yellowtail Tuna.

In Japan, this fish is eaten cooked or raw and known as Hamachi or Buri…For further info and the recipe for the fish …

Yerba buena or Hierba Buena is the Spanish name for a number of aromatic plants, most of which belong to the mint family.

A Middle Eastern spice blend …this aromatic spice blend has been around for ages, but the recent surge in popularity of Mediterranean foods and flavors has sent the demand for this bold blend through the roof. And as the spice grows in popularity in mainstream culture, it’s gearing up to become the next everything bagel seasoning: sprinkled on just about everything by just about everyone to make dishes instantly ten-times tastier.

Doesn’t the zest of citrus fruits just liven up your cooking? As a garnish, in baking, it just adds that extra zing.

Popular in French cuisine it is a sauce made from chopped ham, tongue, mushrooms and truffles combined with tomato sauce, tarragon and sometimes Madeira wine. Additional ingredients may include white wine, cayenne pepper, lemon juice, and orange rind. It is also known by the name of gypsy sauce… 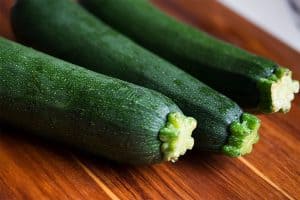 I have always called it courgette which is the British/ English name whereas Zucchini is the American/English name…Classes as a summer squash it is harvested when the skins are soft and immature as the skins harden and it grows in size I know it as the Marrow…Very popular now and cooked in many ways …It can be baked, stuffed made into zoodles and used as a healthier answer to pasta…It can be used in baking bread, cookies, shaved in salads or rolled with veggies or prawns.

That’s all for XYZ I hope you have all enjoyed this series as much as I have had doing the researching and writing.

If you missed any or wish to revisit, any of the Culinary Alphabet posts you will be able to hop over and find them all on the blog.  As Carol reached the end of this series, I wish to thank you for all the research, writing and sharing of all the awesome recipes and information.  I truly enjoyed each and every post, and I am sure you did as well.

4 thoughts on “The Culinary Alphabet, Ending in XYZ”