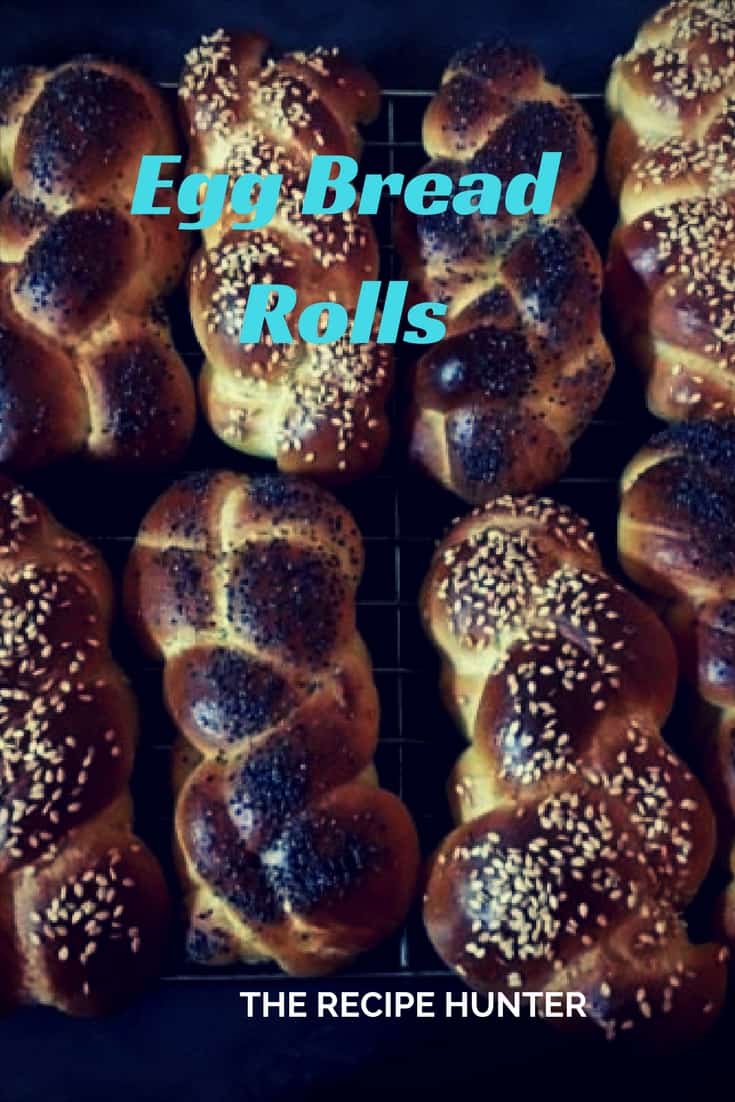 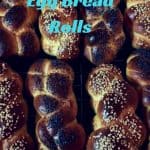 I love homemade bread straight out of the oven, and these Egg Bread Rolls are no exception

Add all the ingredients in the stand mixing bowl, fitted with the hook attachment.

Combine the ingredients until it comes together, let the mixer mix for about another 5 minutes.

Turn the dough onto a floured surface and use your hands shape into a round shape.

Place the dough in a bowl that has been sprayed with spray and cook.

Cover with cling wrap and let rise for about 90 minutes or until doubled in size.

Turn the dough out onto a floured surface.

Weigh the dough and divide by 12.

Take each piece and divide it into 2 equal parts.

Roll out each half into a long rope.

Place each rope over each other, so that it resembles an X.

Braid the ropes together and tuck the ends together.

Continue until all 12 loaves have been braided.

Pace each mini loaf on a greased baking tray.

Cover the tray with cling wrap and let the buns rise for another 45 minutes or until doubled in size.

Using the egg brushing mixture, generously brush each loaf and sprinkle with either sesame or poppy seeds or a combination of both.

Pop into a preheated oven at bake at 180 degrees for 20 – 30 minutes or until the tops are nice and golden brown.