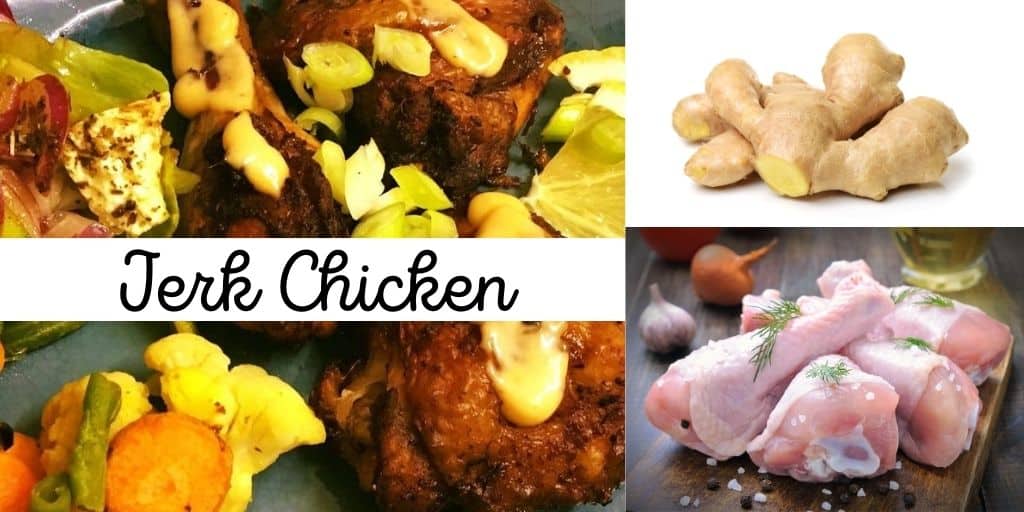 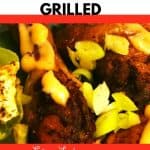 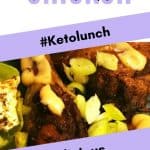 Recipe for the perfect Jerk Chicken

Just love Jerk chicken, so I made enough Jerk Chicken for supper as well. Enough for the whole family, so ingredients are not for my recipe for one. My allotted portion though is only 110gr of chicken

In a large bowl, combine all ingredients and whisk until combined.
Add chicken and toss to coat.
Transfer to the refrigerator and marinate for at least 30 minutes and up to
overnight.
Heat grill to high.
Grill chicken until charred and cooked through, 20 to 25 minutes.
Serve with lime slices and spring onions.
I served with a salad made with Macadamia oil and balsamic vinegar salad dressing.

The cuisine had its origins with the Taino, who developed the jerk method and later taught it to African slaves, who in turn adapted it in creating jerk chicken. The word jerk reportedly stems from the Spanish charqui, meaning dried strips of meat similar to the modern-day jerky.

Please note, I am not a nutritionist. All nutrition information on this blog, EsmeSalon, has been calculated by using an online calculator and is intended for information and guidance purposes only. If the nutrition information is important to you, please be advised that you should consider calculating it yourself, using your preferred tool.

Did you make this recipe?

If you made this recipe, I'd love to see what you did. Please share a picture with me on Pinterest and leave me a note on the pinned post and tell me how it went! It will also be highly appreciated if you wish to leave a rating and review on the blog post. Thanks in advance

Jerk is a style of cooking native to Jamaica, in which meat is dry-rubbed or wet marinated with a hot spice mixture called Jamaican jerk spice. Some historians believe it was originally developed by Maroons, African slaves who escaped into the wilds of Jamaica when the British captured the island from Spain in 1655.

If you try this recipe, let us know! Please leave a comment, tell me what you think of it, and don’t forget to tag us on Instagram and hashtag it @_EsmeSalon or Tag #ShareESCare. I’d love to see it! ♥

We invite you to come and join our two FB Recipe Groups:

The Recipe Hunter: Tried and Tested Recipes From Home Chefs

and then we also have our SA Tasty Recipes – Saffas Daily Recipes for South African and Ex-pats.

If you’re looking for some eBooks with wonderful recipes, please visit Recipe eBooks for all your eBook needs.  Some ideas of what we have available, but you will find more available, so please hop over.  Once you purchase a book, it’s an immediate download to your Email Inbox, so no need to wait for the mailman. 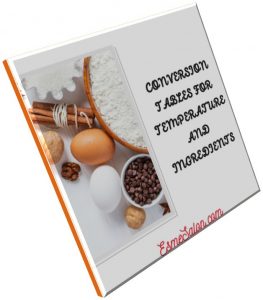 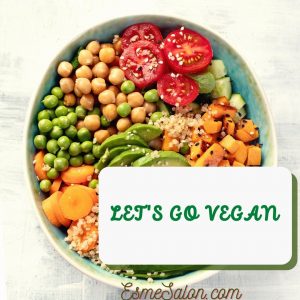 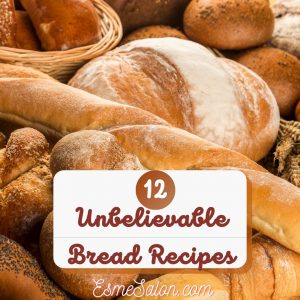 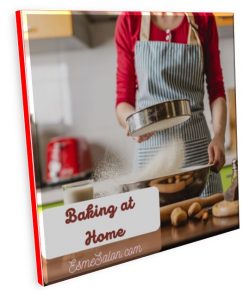 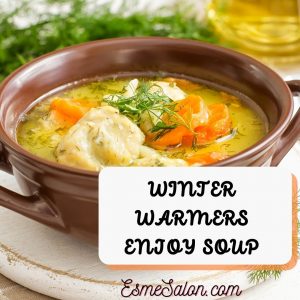