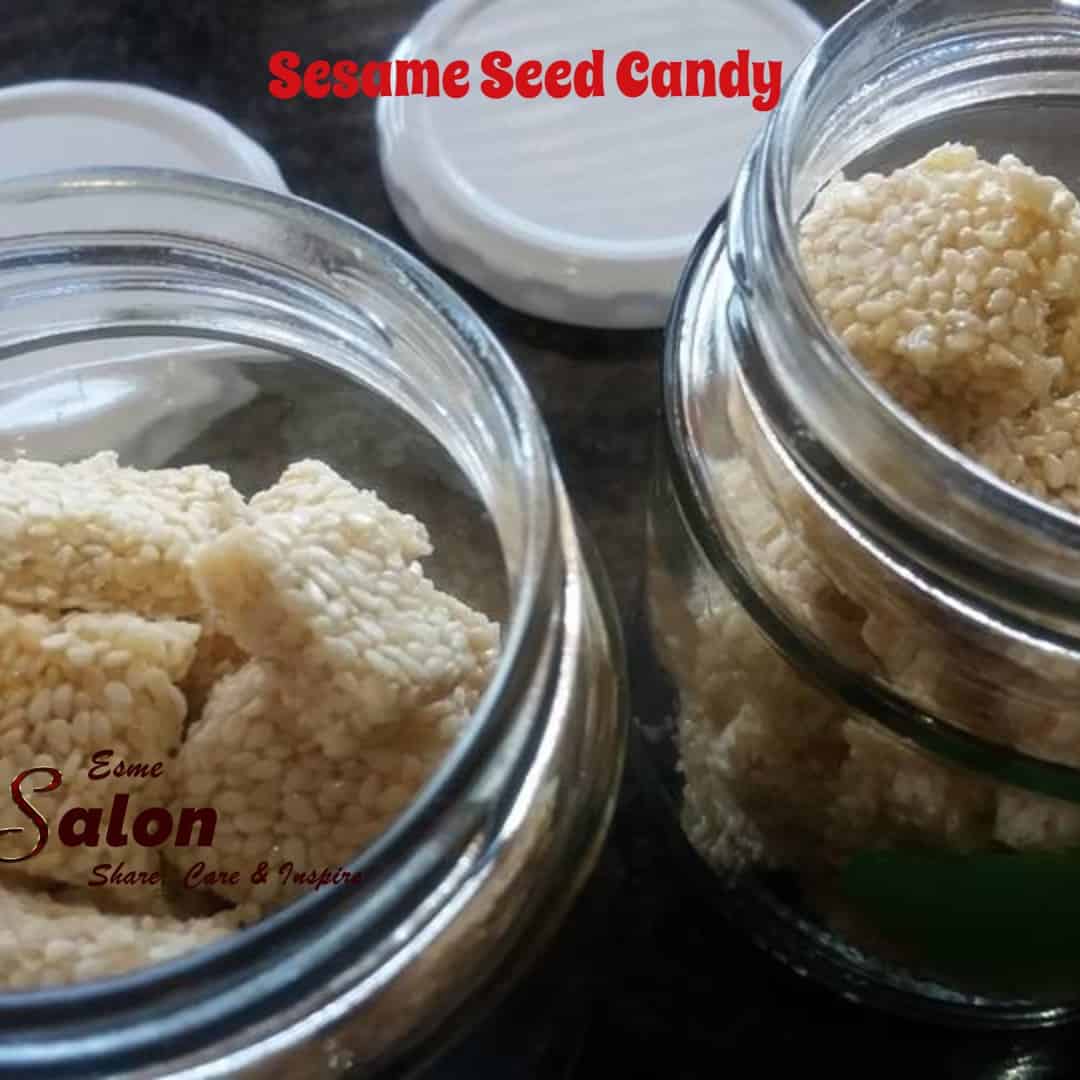 A Light & Tasty Treat – Sesame Seed Candy
It was fairly recently that I tasted sesame seed candy for the first time. What I liked about it, was that it was sweet, but not overly so.
It was crunchy without tasting too much like something you would feed your pet. And as I discovered this weekend, sesame candy is also extremely quick and easy to make.   In fact, this is a great recipe to make with kids. 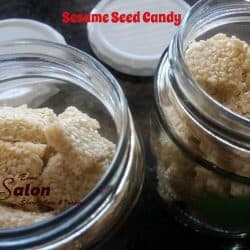 I started by roasting my sesame seeds in a dry skillet over medium heat.
The seeds didn’t change color too much, but they did begin to smell toasty and jump around in my pan.
I stirred the seeds while roasting them (for about 5 minutes), then removed them from heat and set aside.
Next, I sprayed two pieces of wax paper with non-stick cooking spray and set them aside on my kitchen counter.
I measured out the 3 tablespoons of brown sugar and three tablespoons of honey in my small (only 1-qt) sauce pan.
Over medium-low heat, I stirred the two sugars together until they were thick and bubbling.
I then added my toasted sesame seeds to the pot, making sure that as I stirred them in, they were uniformly coated in the sugary syrup.

Once everything was mixed together (this should only take about 30 seconds to a minute), scrape the sesame seed mass out onto one of the greased pieces of wax paper.
Now you need to cover it with the second piece of wax paper (greased side down) and then, using my rolling-pin, rolled the mass until it was about 1/2 inch thick.
I tidied up the edges using the back of my knife and removed the top piece of wax paper.

Next, I cut even slices into my sesame seeds.
Once cut, I let the candy cool and harden.
After only a few minutes, the pieces were cool enough to arrange on a plate. I was surprised that they didn’t stick to each other too much, or to the paper doily, I served them.

And I’d like to think that in some way they ARE in fact healthy for you, since they are chock full of sesame seeds, which contain antioxidants, Vitamin E and Iron, just to name a few!
Whether or not they are a “healthy” candy, they taste great and are a snap to make

Do Not Sell My Personal Information

Turning this off will opt you out of personalized advertisements delivered from Google on this website.