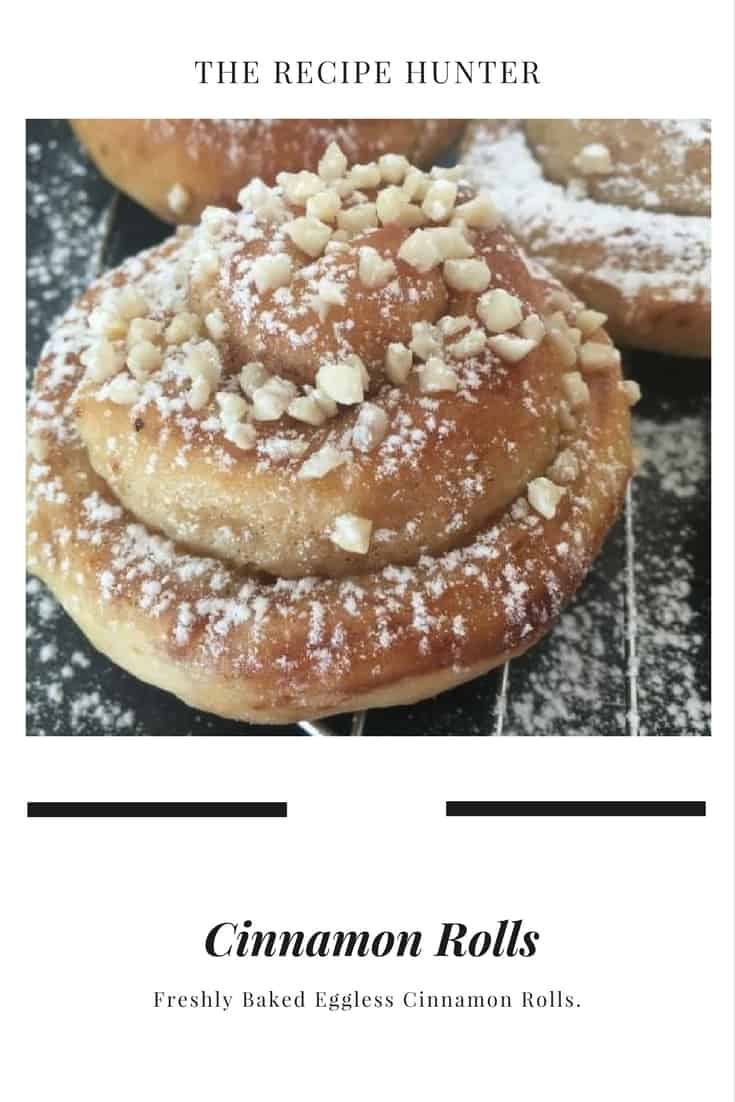 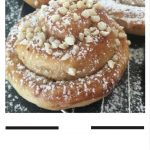 Freshly Baked Sweet Cinnamon Rolls, and its Eggless as well.

Ingredients for the dough:

Ingredients for the filling:

Ingredients for the maple icing:

Method for the dough:

In a pot, heat the milk, oil, and sugar, over medium heat until the mixture is warm but NOT boiling, do not and I repeat do not allow it to boil.

Remove from the stove.

Add the yeast and whisk.

Cover and allow to rise for an hour, but keep an eye on it as it grows like a monster while it is rising.

Add the baking powder, bicarbonate of soda, salt, and the remaining cup of cake flour.

Mix well and turn out onto a floured surface and knead until smooth.

Using half the dough at a time, roll out the dough into a rectangle shape.

Brush the pastry with melted margarine all over the top.

Sprinkle the white sugar over.

Roll the pastry into a roll, like a swiss roll.

Using a sharp knife cut 2cm slices of the pastry.

A trick here, take the loose end of the swirl and gently place it under the swirl.

Place your swirl on the baking tray.

While the rolls are in the oven, make the syrup.

Whisk all the ingredients together until smooth.

Once the rolls are baked, remove them from the oven and pour the syrup all over the buns.

Sprinkle almond nibblers over the top and dust with icing sugar

Tip: This recipe makes about 2 dozen, and you should not pop into the fridge to set, I tried that with the first dozen and the dough layers did not want to separate, it sort of become one big roll.
The best part is that this recipe is eggless so I can even eat it during the fast