Twitter Hashtags. Are You Using Them Correctly to Maximise Traffic? 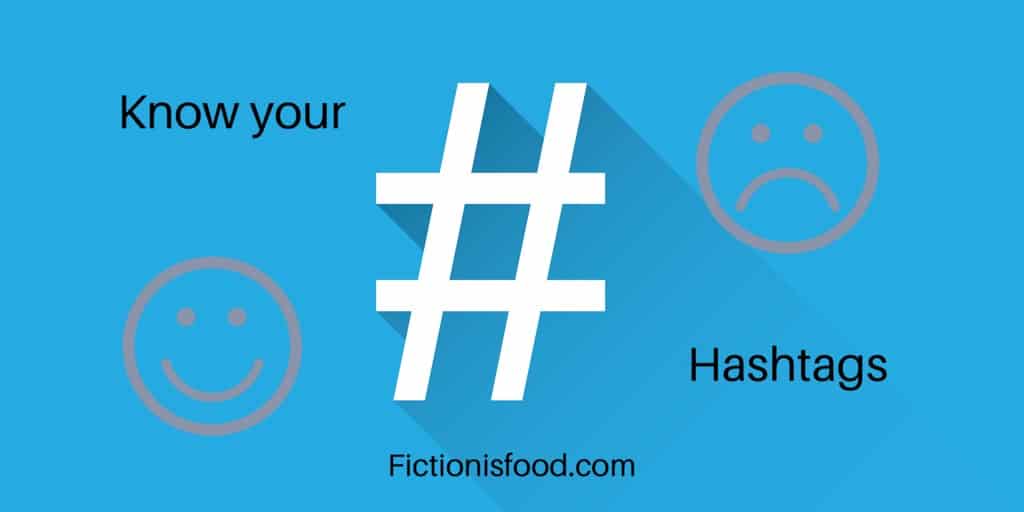 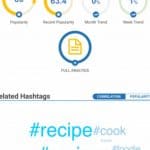 Everyone knows about Twitter hashtags, but do you know how to use them effectively?

To acolytes of social media, the definition of a hashtag might seem patronizing. However, I recall my early stages of social media use where it all seemed rather mystical. I’m certain there are both new and established users of Twitter that might drift into using them with no clear strategy on their best use.

Even now I see bloggers retweeting hard written posts into a twitter feed with no tags whatsoever. The futility of that always made me think a post on using them might serve some use. That might seem harsh, but how many people have actually given much thought to how and where they Tweet?

Firstly, a tweet with no hashtag whatsoever will stay on view for milliseconds. Blink and hundreds of others will soon sit on top and your content will disappear into an unexplored ether. Think of it as your Facebook timeline. If it fills up rapidly from content shared or friends posts. How deep will you go to see what you’ve missed?

I’d suggest some might scan a few tens of posts before going off searching groups and notifications. That is just your timeline. On Twitter, the world is tweeting, so it takes no time at all before untagged posts disappear altogether.

If you want views or traffic referrals then clearly that is not the way forward.

Obviously, your own profile still acts as a personal timeline. Recent tweets do stay there, as they do in your media section, where they get some exposure from people viewing your profile. Obviously, this still adheres to the numbers game. Lots of tweets will soon displace the content downwards. Key posts can, of course, be pinned to the top of the feed. This is useful because people looking to follow you often view your profile first. Many will actually retweet the pinned post as a matter of course too. Make sure it’s both relevant and up to date.

What is a hashtag?

Simply put, it acts as a mechanism to place your tweet into categories that best suit the post and audience of interest. It’s a form of metadata that allows users to dynamically sort their content into the right place for best exposure. Think of the main Twitter feed as a library where the hashtag references to particular books or topics within it.

In principle it’s easy. If you write or tweet about travel then send content with the hashtag #Travel to ensure it appears not only in the main feed but also in the travel section in our library analogy.

If you Blog about food then tag it as #food.

That is both yes and no. As a mechanism to introduce someone to what a hashtag is then yes. To use them effectively then no. Travel has far wider usage than just travel. Hashtags exist for many cities, destinations, activities. Food is a catchall for recipes, desserts, cakes, pasta and so on.

As in a library, there are more categories to refine searching to arrive at what you’re interested in.

How many hashtags to use?

The use of hashtags takes your content beyond your followers to anyone interested in the topic, keyword or phrase used.

Sounds suggestive that more hashtags are better. The data doesn’t show this.

It’s not a linear progression, which means two at most or you might actually be working against yourself. Twitter itself recommends no more than two per tweet. Now we know why.

This raises the game because targeting the hashtag becomes more important. It’s not simply a case of using loads and hoping it connects with more engagement.

A more depth account of the data can be found here. A Scientific Guide To Hashtags

Which hashtags should I be using?

Clearly, this will depend on what you are tweeting. For posts, you read it will be necessary to develop a handy database of hashtags relevant to the article type. As mentioned above, fellow bloggers appreciate shout outs. If you’ve taken the time to read, like or comment then it takes no time at all to share it via social media buttons directly on the blog or, like me, share it direct to an app via Apples sharing icon (represented by the square icon with an arrow pointing upwards in the toolbar at either top or bottom of each browser screen).

Fortunately, there are a few ways to figure this out.

One is to look at trending hashtags via Twitter itself. These are continuously updated reflecting the number of tweets using them. Most of these won’t be your blog niche as a rule. Often these are high volume debates such as films, celebrities, and trending news.

It helps to break the hashtags into two blocks. A non-specific first hashtag followed by a specific one. The former is rather like a heading. In the library analogy, this might be “Fiction,” or “Travel.” The second hashtag is more specific and targets a secondary audience inside the first. Using the library again we might follow “Fiction” to find “Horror” or “Comedy.” “Travel” might take us to books specific to “Spain” or “South America.”

The hashtag uses a very similar method. #Food #Pasta or #Recipes. This targets food lovers and then those interested specifically in pasta or recipes.

For bloggers, there are a number of non-specific hashtags with high use that reach large audiences.

A trick here is to search these and see what other hashtags people pair a none specific one up with.

These are just examples. The key is to research your own areas of interest and connect hashtags to the content topic you wish to share.

Unfortunately most tools available want subscriptions for the full use of their system. Something a business might feel to be of use. However, the free sections can help with current data and often suggest similar hashtags around your keyword.

Hashtagify me is one of these

Type in your hashtag and it will analyze the tag to produce a graphic something like this one for #Food. 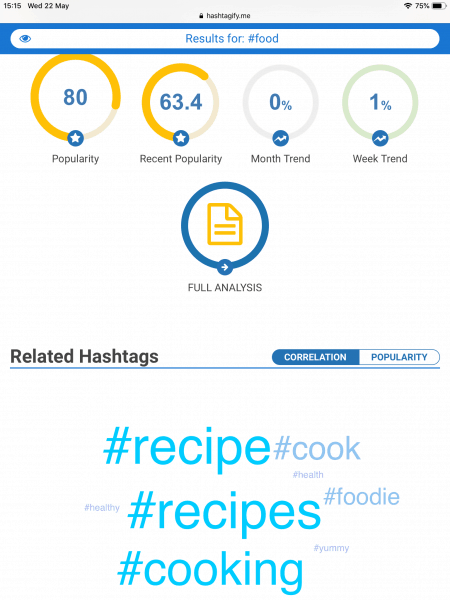 If you’re stuck for a hashtag that’s relevant this can offer suggestions to look at. If you identify your non-specific hashtag first then use that in the search engine to find potential specific ones for your content.

It might seem onerous to start with, but over time you will collect great combinations to best promote your tweets into the places your audience is looking.

Creating your own hashtags

Firstly do your research. Check whether the intended hashtag already exists via a simple Twitter search. Also, be aware of its niche. To be successful it needs appeal and something to make users engage with it over more relevant hashtags that already exist. Then work it heavily and collaborate with other bloggers to raise its profile.

Good examples of that system are:

Now they have established audiences they continue to grow. With growth comes more engagement making using them more effective. Again each can have a secondary hashtag targeting a more specific audience running alongside. Consider the following guidelines too.

As a matter of sharing and caring, something Esme promotes on Facebook, think about how you Tweet something rather than just hitting the Tweet button. Hashtags can appear anywhere in the title. If they are there already then no need to add more. If they are absent then consider carefully where to send it. I see that part as the “caring” bit. It will serve two purposes. Promoting fellow bloggers better and helping you speed up sharing effectively by getting used to targeting Tweets.

Hashtags are ubiquitous around social media from Twitter to Instagram to Facebook. Their purpose is to target audiences interested in particular themes or topics. Use them wisely and the benefits are clear by notifications, comments, retweets, and referrals. Use them badly and there’s little point tweeting.

As a final caution, check what tweets appear in a hashtag before tweeting into it. Some are discussion forums that might report non-relevant content as spam. Most are created by users wanting particular traffic into them. Reported abusers might find their accounts temporarily blocked.

If you have tools tracking none followers these ones are obvious as they appear as having zero followers. Tools flag these quickly. It does not mean they have stopped following you, just that their account is restricted and Twitter automatically strips their following. Once the restriction is lifted it will automatically re-instate them.

If you want to know more about tracking followers or tools that can do it cheaply then drop a comment and I’ll add the ones I use into next months post.

Also refer to the following for another great post by Gary: Worried About Mix.com Traffic Referrals? It Might Be That Your Strategies Need A Rethink

32 thoughts on “Twitter Hashtags. Are You Using Them Correctly to Maximise Traffic?”